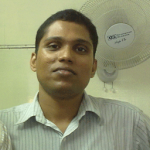 When inserting blocks (or entire drawings) from a seperate DWG file, it may not come in 'attached' to the cursor, or in the right place. When preparing a drawing and its geometry to become 'insertable' into another drawing, you must consider its coordinates and then optionally the BASE variable. The preferred method for blocks is to move the geometry from the desired 'anchor' to coordinates of 0,0,0. If you don't want to do that, you should issue the BASE command and pick a point at the anchor.

Another problem scenario to watch out for is when the geometry has been moved to 0,0 and the current drawing had a base other than 0,0. In this case simply issue the BASE command and type in 0,0,0.

Some offset distances are greater than specified?

This can expecially occur when offsetting polylines. As the interior angle decreases, the distance between offset endpoints increases. However in parallel sections the perpendicular distance 'should' always be 100. For example with a 100 unit offset.

In general a more accurate representation of the offset would be achieved if you filleted the resulting polyline to 100, making most points along the path truly 100 units away, even in the 'bends'.

AutoCAD sets a default limit of 100,000 segments. If the quantity of rows * columns would exceed that, AutoCAD refuses to create the offset. However you can change the default value to any number from 100 to 10,000,000. To increase the value, enter the following at the command prompt. The example shows increasing the value to 50,000. Note that the name MaxArray is case sensitive and must be entered as shown.

Frequently in designating points in AutoCAD, you need to specify the relative position of the next point. There are several ways to do this:

Relative Cartesian: You simply specify the X/Y difference as positive or negative values. The following example indicates the next point is 12 units to the right (positive X) and 6 units down (negative Y). (Example)To Point: @12,-6

Relative Polar: You specify the distance and angle to the next point. The following example indicates the next point 15 units away at a 45 degree angle. (Example)To Point: @15<45

Relative Cylindrical: Much like relative polar except you have the ability to designate the amount of rise or drop at the new point. The following example indicates the next point 15 units away at a 45 degree angle, but also is 6 units lower. (Example)To Point: @15<45,-6

Relative Spherical:Much like relative cylindrical except the rise or drop is determined by an angle. The following example indicates the next point 15 horizontal units away at a 45 degree angle in plan view, but also lifts 12 degrees in the XY plane. (Example)To Point: @15<45<12

People often don't know about AutoCAD's built in geometry calculator. While it lacks in interface appeal it more than makes up for it in capability. Take the ability to snap to a point between to endpoints. Consider this example where a circle is placed halfway between the endpoints of two lines.

The key is when prompted for any point, enter 'CAL and type in the expression. In the case of MEE it knows you want endpoints and you don't have to use an object snap when picking. Also bear in mind that MEE is only one of dozens of expressions available at the prompt. Read your AutoCAD documentation on the Geometry Calculator for more.

How do I enter boundaries in bearing & distance?

First you need to set the appropriate units in the DDUNITS command. Set the angular units to 'Surveyor', then choose the direction button and make sure that 'Angle Direction' = east, 'Rotation' = counter clockwise. Even though you have set to Surveyors Units it won't work right unless set this way.

Then using the LINE or PLINE command you enter the calls as relative polar coordinates.